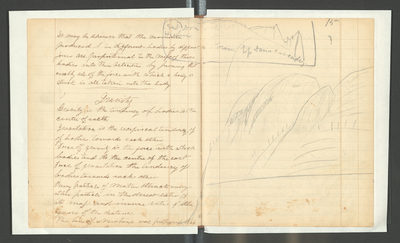 It may be shown that the momenta produced in different bodies by different forces are proportional to the mafs [mass] of those bodies into their [velocities] by proving that exactly all of the force with which a body is struck is all taken into the body.

Gravity is the tendency of bodies is the centre of earth. Gravitation is the reciprocal tendency of of bodies towards each other. Force of gravity is the force with which bodies tend to the centre of the eart [earth]. Force of gravitation the tendency of bodies towards each other. Every particle of matter attracts every other particle in the direct [ratio] of its mafs [mass] and inverse ratio of the square of the distance. This law of [Newton’s] was proposed 1866 [1666/1686]