Baseball-Players and coaches being presented with trophy 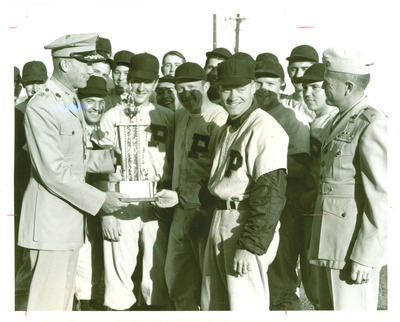 This item is part of the University Archives Photograph Collection