University of the Pacific: [Conservatory of Music, 3601 Pacific Ave.] 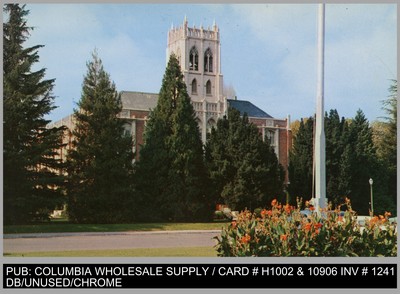 The Conservatory of Music Auditorium, and Pacific Little Theatre on the campus of the College of the Pacific located in the N.W. section of the city. Pacific, the first college chartered by the State of California, was founded on July 10, 1851. Today, in its second century, Pacific, is the only private college of liberal arts in the great interior valley empire of California. Published and Distributed by Columbia.