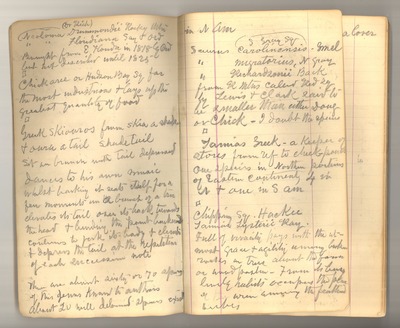 Tamias Greek - a keeper of stores from [ref] to cheek-[ ] one species in Northern portions of Eastern continent, 4 in N & one in S Am

Chipping sq [squirrel] Hackee Tamias Lysterii Ray. Full of vivacity pays with the utmost grace & agility among broken rocks on trees about the [farm] or wood pasture - from its busy lively habits [occupies] the [place] of the wren [enemy] the feathered [ ]