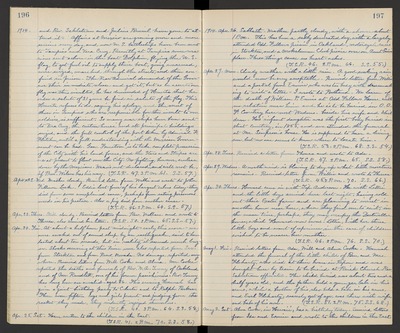 1914. and Rev. Sahlstrom and Julius Bruml have gone to attend it. Affairs at Mexico are growing more and more serious every day, and now U.S. battleships have been sent to Tampico and Vera Cruz. Recently at Tampico some marines sent ashore in the boat Dolphin, flying the U.S. flag, to get fuel oil to supply their boat, going unarmed, were siezed, marched through the streets, and then confined in prison. The Rear Admiral demanded of the Governor their immediate release and got it, but as he asserts our flag was then insulted, he has demanded of Huerta that he order a salute of 21 guns be fired in salute of the flag. This Huarta refuses to do, saying his apology and the arrest of those in Tampico who are responsible for the insult to our soldiers, is sufficient. So many war-ships have been sent to Vera Cruz, the custom-house and all principal buildings seized, and the full control of the port taken by Admiral F. Fletcher, until a full understanding with the Mexican Government can be had. Gen. Funston is to take complete possession of the City with his land forces, and the Stars and Stripes are are at present to float over the City. No fighting, however, unless done by the Mexicans. War is not declared, and will not be, if Pres. Wilson has his way. (T.S.R. 47. 2 P.M. 61. S.S. 57.)

Apr. 22. Wed. Weather cloudy. Received letter from Willie and wrote to John Fillmore Locke. Eddie lost four of his largest claves today they died from some unexpected cause, perhaps from eating poisonous weeds in his pasture. Also pig died from another cause. (T.S.R. 46. 2 P.M. 64. S.S. 57.)

Apr. 24. Fri. At about a half hour past midnight - early this morn - we were awaked out of sound sleep by an earthquake, said to have lasted about ten seconds, but in reality it seemed much longer. Shocks occurring at this time were also reported from Sac. from Stockton and from Reno, Nevada. No damage reported anywhere. Received letters from Will Cooke and Alma. Mr. Cooke reported the deaths and funeral of Rev. W.A. Tenny of Oakland and of Mr. Randlett, one of his former parishioners. Rev. Tenny has long been an invalid - aged 86. This evening Hannah has given a joint birthday party to Celeste and to Ralph Parker. There were fifteen boys and girls present and judging from the racket they made, they evidently enjoyed themselves. (T.S.R. 40. 2 P.M. 64. S.S. 58.)

1914. Apr. 26. Sabbath. Weather partly cloudy, with a shower about 1 P.M. This has been a sadly desurated day, with a largely attended Odd Fellows picnic in Oakland, motorcycle races in Stockton, and a Mokelumne Club picnic over on Aunt Susie's place. These things cause us heart-aches. (T.S.R. 46. 2 P.M. 66. S.S. 55.)

Apr. 27. Mon. Cloudy weather with a little rain. A good soaking rain would now be very acceptable. Received letter from Willie and a postal from Eunice, who was too busy with dressmaking to write a letter - I wrote to Portland. We learn of the death of William P. Ennis at Odd Fellows Home with no relation near him and he is to be buried in O. O. F. Cemetery here next Wednes. beside his wife and Children. His infant daughter was the first body buried in that Cemetery, in 1855, and we attended the funeral at Mr. Simpson's house He is supposed to have a living son, but no one seems to know where to locate him. (T.S.R. 52. 2 P.M. 68. S.S. 54.)

Apr. 30. Thurs. Howard came in with Tip Anderson. He with Lottie and the little boys arrived here last night, having sold out their Exeter farm and are planning to invest in another home near here, when they find one to suit, in the mean time, perhaps, they may occupy the Daetweller house, which Howard now owns. Lottie, with her three litte boys and want of experience in the care of children wished to be nearer her mother. (T.S.R. 46. 2 P.M. 76. S.S. 70.)

May 1. Fri. Received letters from Ada, Will and Alma Cooke. Hannah attended the funeral of the little child of Ben, and Mrs. Fleharty, who died at their home in Ripon, and was brought here by train to be buried at Brick Church. Rev. Salhstrom officiated. The child buried was about two and a half years old, and the father held a younger babe in his arms, while a brother of his, also held a babe in his arms, and Earl Fleharty, scaredy get of age, was there with wife and babe of his own. (T.S.R. 51. 2 P.M. 75. S.S. 68.)

May 2. Sat. Alma Cooke, in Hawaii, has a birthday today. Received letters from Ida and Eunice and wrote to the children in the East.