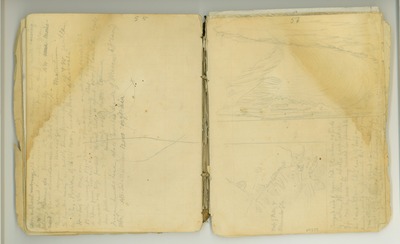 Rush Crk [Creek] [Joaquin] & Merced get water from Matterhorn It breaks away in wildly torn precipices on N [north] & W [west] gentle [on] SE [southeast]. Portions of 16 gls [glaciers] near, besides those of distance