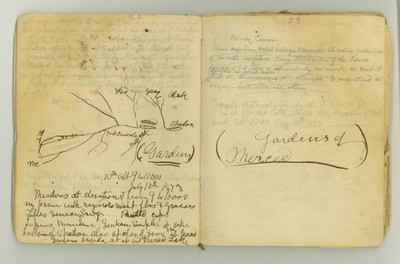 23 Bloody Cañon [Those deep lines called valleys & cañons wh [which] nature makes use of in mtn [mountain] sculpture cover the flanks of the Sierra Nevada of Cal [California] like a disorderly network so vast & planless at first sight that it discourages all attempts to understand its origin, but like all other]