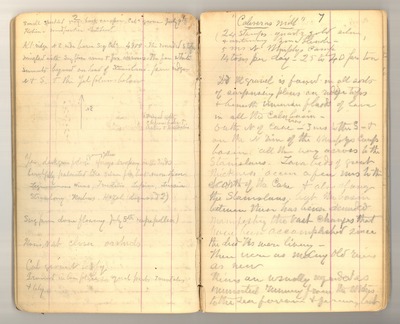 On the N [North] of Cave, 3 ms [miles] to the S [South] & on the N [North] rim of the Murphys camp basin, all the way across to the Stanislaus. Lava beds of great thickness occur a few ms [miles] to the North of the Cave & also along the Stanislaus, but the basin between them has been denuded manifesting the vast changes that have been accomplished since the [deed] [ ] were living There were as many old rivers as new Rivers are usually regarded as immortal running from the [mtns] to the sea forever & forever but