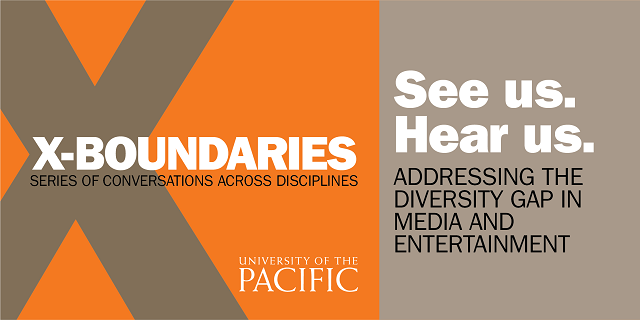 Recognizing & Challenging Bias Today – a session featuring leaders from media, entertainment and advocacy organizations reporting on what is happening around this critical issue today, moderated by filmmaker and Pacific faculty member, Teresa Bergman.

Joanne Butcher, a film producer and business coach to independent filmmakers, teaches fundraising, film financing, and screenwriting. She has worked extensively with hundreds of filmmakers from the U.S., U.K., Brazil, Cuba, the Caribbean, and Latin America. Currently, her clients’ work includes 46 feature-length films (narrative and documentary), a PBS series, and several shorts, in various stages of development. Previously, Joanne was director of the Alliance Cinema on Lincoln Road, Miami Beach, IFP/Miami, and a founder of IFP/National. She created and spearheaded the Florida Statewide Film Competition that provided $200,000 cash and services to a winning feature film. Joanne worked as a global marketing consultant for YouTube, eventually running their U.K. movie rental unit and collaborating with engineers and curatorial teams around the world. Joanne’s mentors include James Schamus (producer/screenwriter for Ang Lee’s THE ICE STORM and CROUCHING TIGER, HIDDEN DRAGON); Ted Hope (producer, IN THE BEDROOM, 21 GRAMS); Laura Bickford (producer, TRAFFIC), and Lucy and Luis Carlos Barreto, who have made more than 200 films in Brazil and produced two filmmaker sons, both Oscar-nominees. Joanne is an internationally renowned speaker, and writes regularly on filmmaking.

Mario Enríquez currently serves as the Director of Domestic Programs for the LGBTQ Victory Institute, a national organization committed to increasing the number of LGBTQ people in public office at every level of government. In this role, he oversees their numerous leadership programs including candidate & campaign trainings, a fellowship for people of color and/or transgender people to prepare for elected office, and a congressional internship program for LGBTQ undergraduates. For the past decade, Mario has had the opportunity to serve as a national speaker, facilitator, and workshop presenter to college campuses across the country. Mario previously worked at UnidosUS, the nation’s largest Latino civil rights organization and is an alumnus of the Coro Fellows Program in Public Affairs and the Congressional Hispanic Caucus Institute (CHCI). Mario received his bachelor’s degree in sociology from Pacific and a Master’s in Public Administration from the University of Southern California.

Lana Ludovico aka DJ Lil Buddha is a graduate of the Johnston Center for Integrative Studies at the University of Redlands where she graduated with a self-designed degree titled, “Mindful Entrepreneurship in the Music Industry”. She is a DJ, Tour Manager, Music Manager, Cultural Organizer and Artivist consultant; who brings together a unique skill set in areas art/culture, social responsibility and strategic change. She is passionate about utilizing cultural elements to galvanize communities and amplify the efforts of others to create meaningful change. She is the bridge between music and social impact. Lana works with large scale cultural events, exhibits and productions. Her work has stretched from helping artists become better activists to helping make Coachella more diverse, equitable and inclusive. Lana is on a mission to integrate and inspire change in all facets of mainstream culture.

Focuses her research on analyzing the changing representations of patriotism, nationalism, citizenship, and gender in the films and exhibits in public memory sites. Her research incorporates an interdisciplinary methodology that includes rhetoric, documentary film theory, museum studies, memory studies, and critical/cultural studies. These varied theoretical approaches help to illuminate the intersection of location, memory, and representation. She has published two books on public memory, Exhibiting Patriotism: Creating and Contesting Interpretations of American Historic Sites, winner of the 2013 Jane Jacobs National Book award, and The Commemoration of Women in the United States: Remembering Women in Public Space. Teresa has taught for twenty–seven years at the postsecondary level, with course topics ranging from documentary film history and communication criticism to film production, and has professional documentary film production experience. She recently worked as the University of the Pacific’s producer for the documentary on former San Francisco Mayor George Moscone: Moscone: A Legacy of Change.

This document is currently not available here.

Recognizing & Challenging Bias Today – a session featuring leaders from media, entertainment and advocacy organizations reporting on what is happening around this critical issue today, moderated by filmmaker and Pacific faculty member, Teresa Bergman.